Every year before Christmas at Buckingham Palace, loudly ringing chains, the ghost of a monk appears. What he does here and why he does not go away – no one knows, but local occultists are convinced: at the time when Buckingham Palace is now located, there was a hospital for the lepers, built by a religious order, and a ghost that horrifies the inhabitants of the castle is the spirit of one of the monks, who died under unclear circumstances.

The residence of the British Kings the Buckingham Palace is located in London, the capital of Great Britain, near Green Park, at London SW1A 1AA (on the map of the city, the exact location of the castle can be found at the following coordinates: 51 ° 30 ‘3 “N, 0 ° 8 ’31 “W). For more than three centuries Buckingham Palace is considered the main attraction of Great Britain, since it is the current residence of the British monarchs, now – Elizabeth II (here she lives, works, receives eminent guests and official delegations). 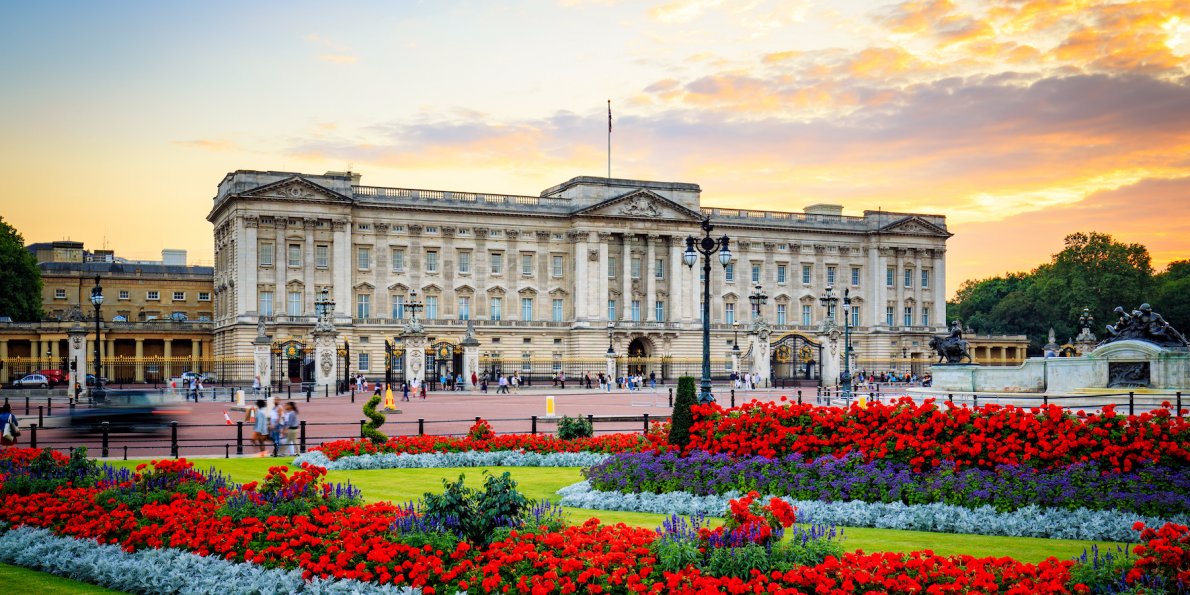 And to see the tourists allowed not all the sights: for public access, only nineteen rooms were opened, including the Throne, Banquet, Ballrooms and the Picture Gallery. The history of the castle Interesting fact: Buckingham Palace was not built for kings, and therefore the Duke of Buckingham, the owner of the castle, did not even think that monarchs would live in his house. The history of Buckingham Palace began after Queen Anne at the beginning of the XVIII century. gave the Duke of Buckingham land located on the corner of St. James and Green Park. The decision to build a mansion was taken immediately, construction work was not delayed – and Buckingham House was built quite quickly. The new house did not like the owner: everywhere he could smell rot and mold (except for him, no one felt like that). Decide what to do with the construction, the duke did not have time, since he died just a few years after the construction was completed. Soon after him, followed by his wife, because he did not have direct heirs, the castle went to Charles Sheffield, who in the middle of the XVIII century. sold it for 28 thousand pounds to King George III: he was just looking for a new residence, as the St. James Palace to arrange it stopped.

For a new acquisition, George III, and then his son George IV, was spent fairly (about 150 thousand pounds). Near the central building it was decided to erect three more such structures, thus forming a square in the middle of which turned out to be a large courtyard. Also in the palace was built a large library, and its walls were decorated with paintings of famous Italian painters. The most significant changes in the castle occurred when, in 1837, Queen Victoria rose to the throne, who declared Buckingham Palace as the main residence of the English monarchs. To bring Buckingham Palace to the corresponding new status view, had to spend a huge at that time amount of money – 700 thousand pounds.

Such embezzlement caused a lot of criticism and dissatisfaction among the British, and they were also dissatisfied with the palace itself, in their opinion, it was too luxurious and tasteless: inside was a lot of gold, crimson and purple. The main entrance was moved to a new location and a new wing was built, where the ballroom was placed, the length of which was 36 m, and the width was 18 m, and the height was 15 m. New, more luxurious gardens with artificial reservoirs, fountains and waterfalls were built around the palace. This reconstruction did not end and continued with the oldest son of Queen Victoria, Edward VII. He ordered to replace the artificial marble with a real one, and some rooms (reception rooms and bedrooms) designed in Chinese style, which greatly impressed the stiff, accustomed to the classics, the English. 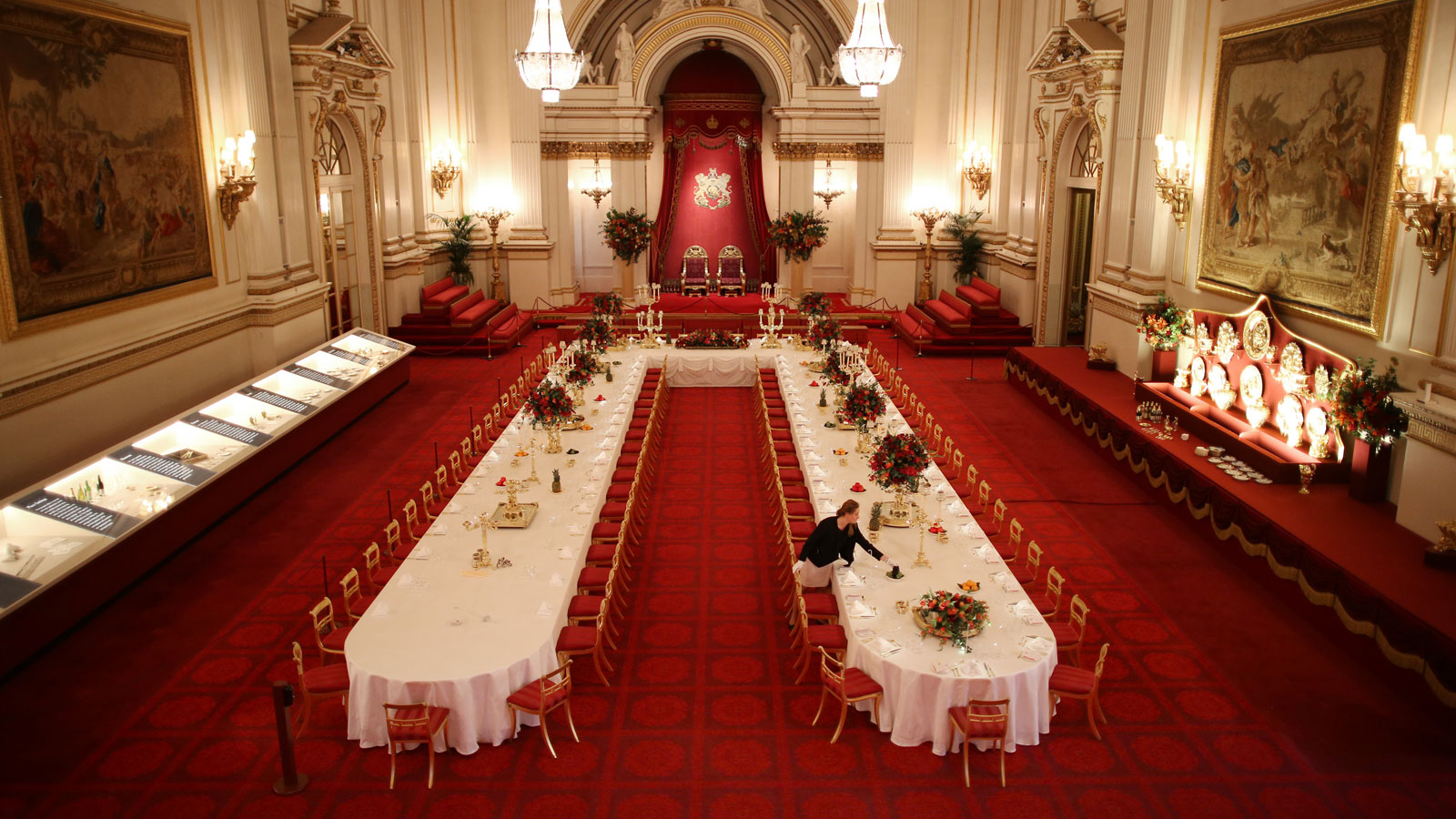 What does the residence of British kings look like?

Before the entrance to Buckingham Palace, in the heart of the Royal Garden, a 25-meter-high monument dedicated to Queen Victoria is erected. The queen herself sits on the throne, turning her back to the front entrance of the palace. Behind the back of the throne, facing the castle, is the Angel of Mercy. Two other Angels, Justice and Truth, are on the north and south sides of the monument and look in different directions.

Above them, at the very top of the monument, one side with the queen looks Victory, near which sit two figures – Courage and Consistency. An interesting fact: the statue of Queen Victoria was made of white marble, the angels were of bronze, the Victory was decorated with gilding.

The total area of the residence of the British monarchs, together with the palace, the garden and other buildings (and this is the police station, two post offices, stables, a hospital, a swimming pool, a cinema, etc.) is currently about twenty hectares. On the territory of the royal garden you can not only admire the ponds, fountains and waterfalls, but also look at the pink flamingos, which are absolutely not afraid of people.

Buckingham Palace itself has five floors, on which there are 775 rooms, among them:

Interestingly, the most important element in the design of Buckingham Palace, many Britons consider the balcony from which the queen, Crown Prince Charles and her grandchildren welcome their subjects (this event is of course not every day, but only on important public holidays).

All who were lucky to get inside the palace, even despite the rather limited number of rooms that you are allowed to visit, giving a description of the castle, say: there are many sights. First of all it is:

Also, you cannot fail to pay attention to the red carpet that adorns Buckingham Palace (an interesting fact, the total length of these tracks is about 5 km). And the fact that in many rooms the walls are completely covered with silk, cannot but attract attention. For example, in the Grand Dining Room – the walls are decorated with red material, in the White Room – gold, and in the Green Room – the walls of the corresponding color are combined with the golden ceiling. 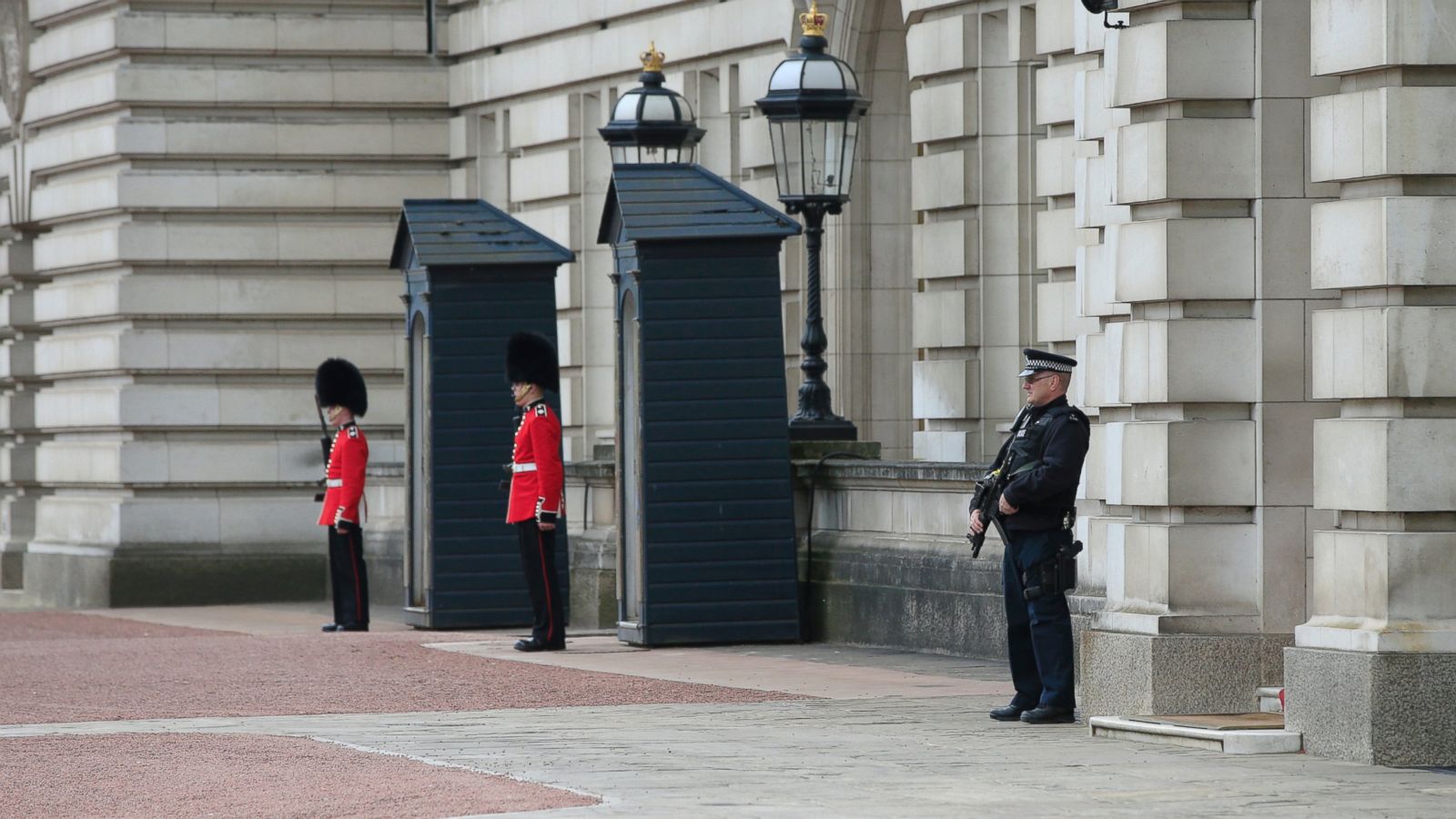 The protection of Buckingham Palace is considered one of the best in the world, because it protects not someone, but the monarch of a huge empire. The queen and all members of her family are constantly under vigilant supervision and surrounded by special agents, and helicopters are constantly circulating over the residence.

There is a palace and a guard, which consists of the Guards infantry and the Royal Horse Guards Regiment and is called the Court Division. It is noteworthy that the changing of the guard at Buckingham Palace has been attracting the attention of a huge number of tourists for many centuries (especially they are pleased with the opportunity to look at the impeccable skills and absolute equanimity of the guards during the ceremony). Therefore, knowledgeable people advise everyone who wants to calmly, without fuss, take a picture of this event, take a place near the fence of the castle in advance.

Information about when it will be a change of guard at Buckingham Palace, is on a large table, set near the palace. From April to August, this ceremony is daily at eleven thirty in the morning, the rest of the year – every other day.