Cardiff – a port city of Wales

Cardiff, located on the shore of the broad mouth of the Severn River, passing into the Bristol Bay – the official capital of Wales since 1955. The history of Cardiff begins with a small Roman fort, laid here in the 1st century AD. The city gradually expanded, built and rebuilt. Particularly intensively Cardiff began to develop, since the XVI century, when the port was built here. From Cardiff the coal extracted in South Wales, one of the best grades of coal in the world was exported by sea (until now Cardiff remains the largest port in the world exporting coal).

However, Cardiff has long ceased to be a dusty, smoky and dirty industrial city. Its center, formed in the first decades of the XX century, is decorated with spectacular buildings, parks and boulevards. Among the city’s attractions are the National Museum of Wales and the New Theater, where one of the most famous opera troupes – the National Opera Company of Wales – gives performances. 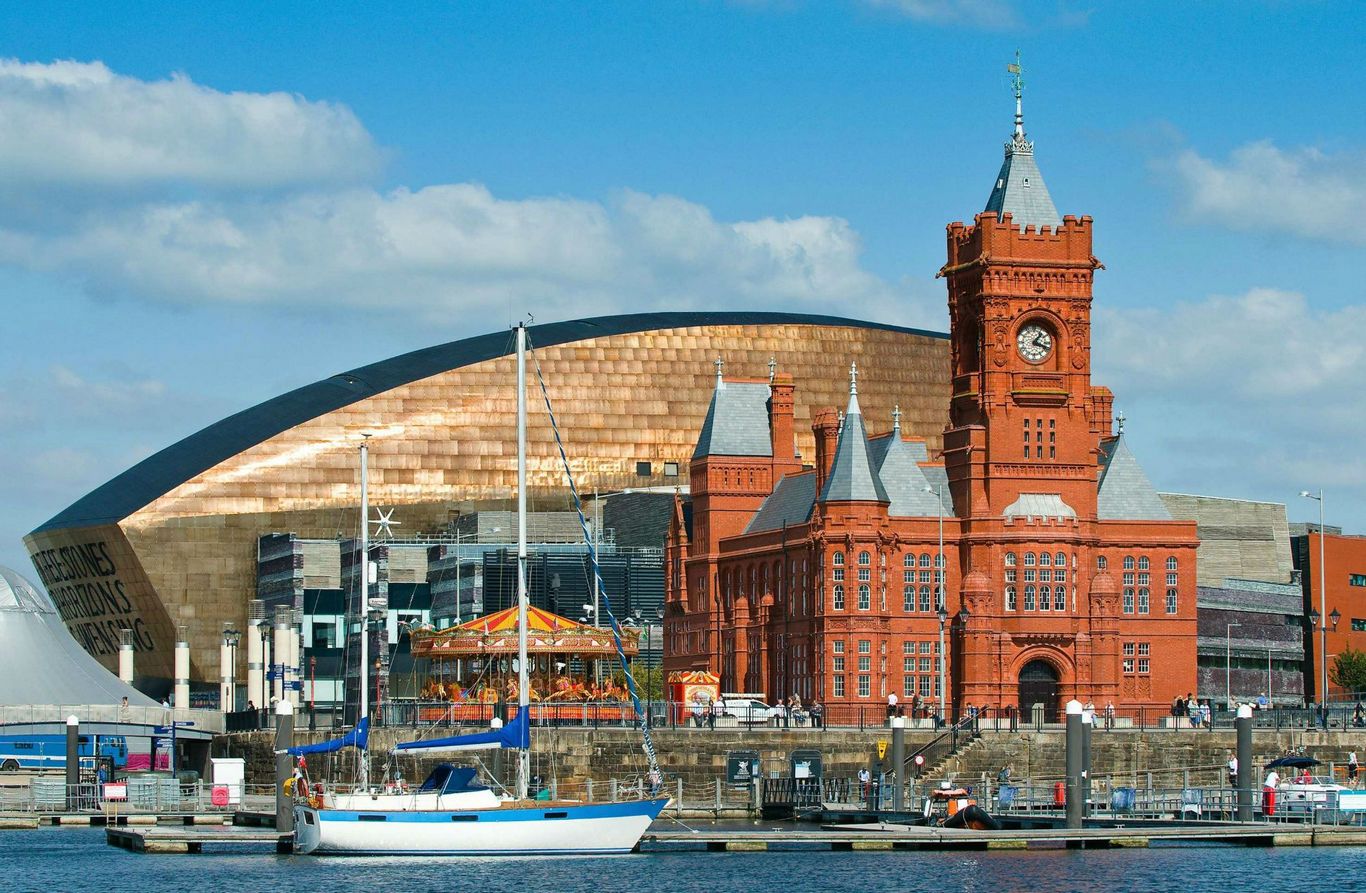 Ten kilometers north of Cardiff is the amazingly beautiful Caerphilly Castle, one tower of which lurched during an attempt to blast the castle. Welshmen proudly claim that the angle of its inclination is greater than that of the famous Leaning Tower of Pisa.

Cardiff Castle. The castle was built by the Normans in place of Roman fortifications. Every summer, the castle hosts summer student balls at Cardiff University, and sometimes concerts.

Millennium Stadium. This stadium, built in 1999, has become one of the main attractions of the Welsh capital. The stadium “Millennium” has a unique retractable roof, which is not at any stadium in the UK. The roof is supported by four masts, and it opens completely in 20 minutes. Here, not only sports are held, but also concerts, trade exhibitions, conferences and even weddings.